During November 2020, we could see the sudden suspension of the initial public offering (IPO) of Ant Group shares. The problem was the criticism of Ant Group's founder, which was directed against the strict regulations of the Chinese government. Regulatory authorities in China did not hesitate to retaliate and in December 2020, the relevant authority launched an official anti-monopoly investigation into Alibaba's online store. Today, we see signs of easing tensions between the aforementioned giants and Beijing. 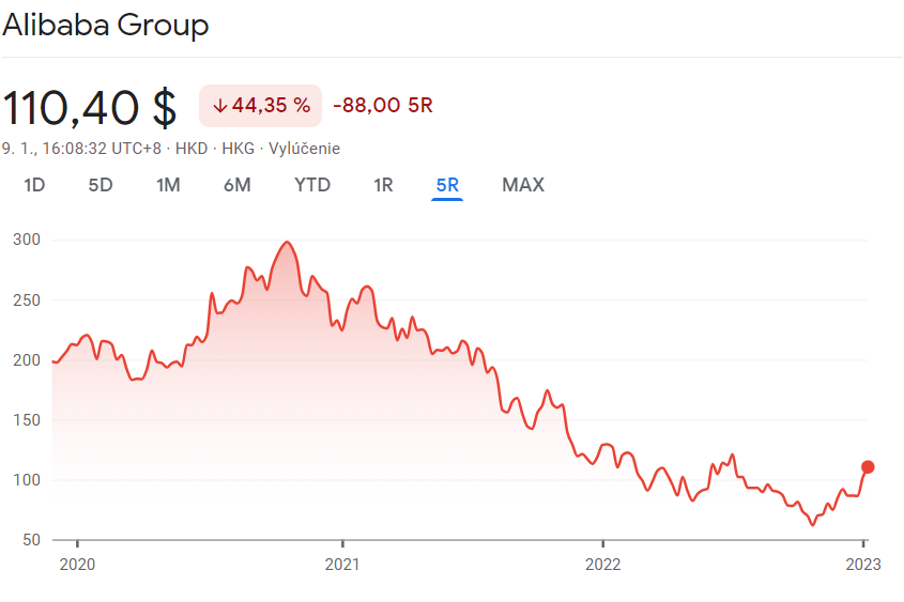 Alibaba Group's stock performance over the past 5 years. (Source: Google) *

Ant Group forms a significant part of the Chinese economy. The group owns Alipay, the world's largest mobile payment platform, which has more than 1.3 billion users and is used by up to 80 million merchants. For this reason, any significant change in the company's infrastructure is significant for the entire market and affects investor sentiment.

Changing sentiment in the Chinese market

In recent times, we have seen Chinese tech companies "struggle" since the end of 2020 with tough regulatory rules and crackdowns that have deterred most investors from them. As a result, the Nasdaq Golden Dragon China Index has fallen by approximately 25 percent. * 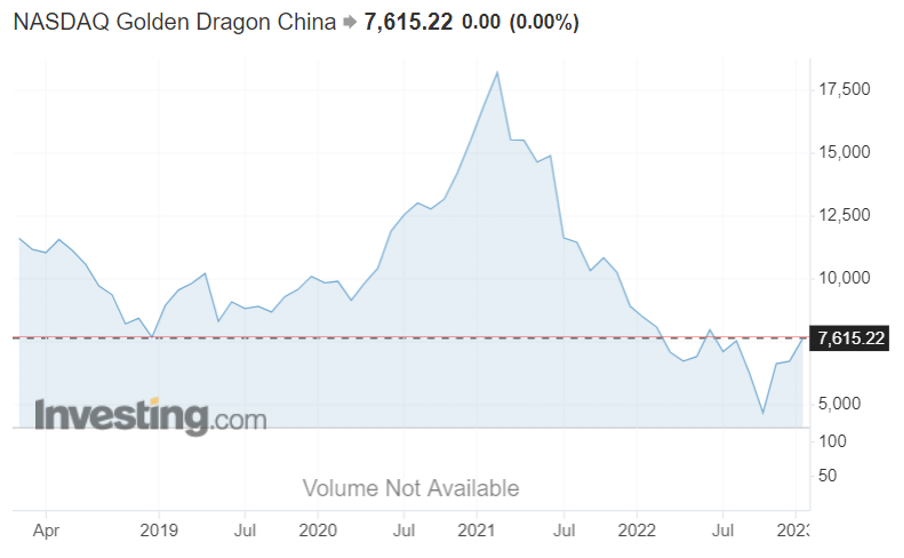 The performance of the Nasdaq Golden Dragon China over the past 5 years. (Source: Investing) *

Today, the sentiment is turning positive, also thanks to the recent approval of Ant's capital expansion plans, which has fuelled hopes that the Chinese authorities really want to improve relations with the private sector and improve the country's economic development. The communist country's leaders have pledged to focus on boosting growth in 2023 after their strict "zero Covid" policy damaged the economy last year and sparked widespread protests and general discontent in society. It is necessary to ease regulations in the country and focus on economic growth again. Shares in Chinese companies such as Alibaba or JD.com listed on the US stock exchange have started to gain strength as a result of the positive news. Investors are thus optimistic and expect China to ease its strict rules in reality.

However, investors should not look forward to the possibility of a re-IPO prematurely, or it may take a longer period of time for approval. The problem is the strict rules. China's A-share market requires companies to wait three years for listing after a change of control. In the Shanghai Nasdaq STAR market, there is a two-year waiting period, and in Hong Kong, the waiting period is set at one year.

* Past performance is no guarantee of future results